We were lucky to escape so far… but we’ve been hit. I imagine Theo and his lack of respect for the personal space of other children is the one to blame. As he spends the vast majority of his life kissing me, licking me, shoving his fingers into my mouth and smushing my cheeks while staring at me, I wasn’t ever going to escape. The cold has arrived. Snotty noses, scratchy throats, temperatures and sore ears all around. As usual it’s fallen on a super busy week for everyone so we are just hibernating together. After a morning on the sofa we had to do something. 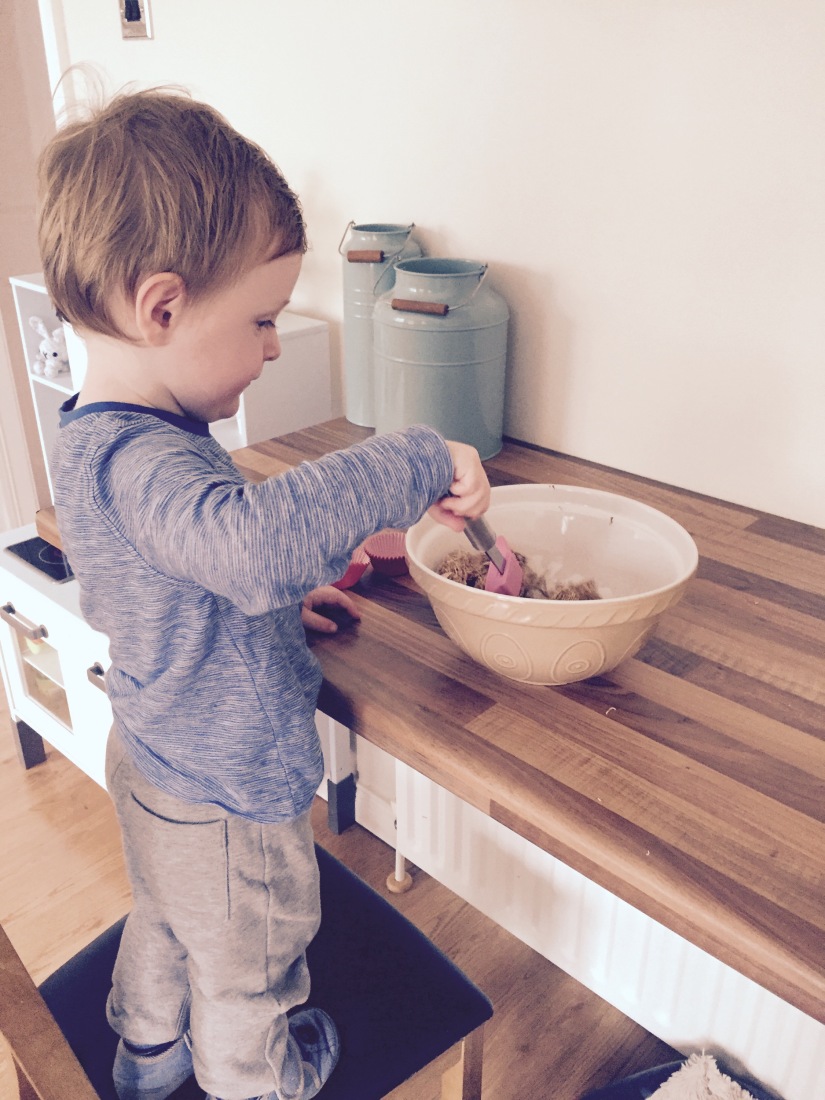 I have discovered the power of children’s advertising and I couldn’t listen to Theo say the phrase “buy that at Santa” one more time. Those crazy, loud and frankly insane advertisements are literally frightening! I have no idea how zooming in and out of closeup to a toy, with a voiceover of a man screaming facts about it and images of giant toothed children playing with said toy appeal to children… but they do!

As its raining quite heavily, a walk was out of the question. As I don’t have it in me to shower today, the shops were out of the question. Next best thing – kitchen. Grabbed some stuff and decided to let Theo make some chocolate birds nests. Mashing up a few shredded wheats and mixing them with chocolate hardly constitutes baking, but it kept him busy for half an hour while I downed lemsip. He was concerned about the birds today (as its so wet outside) so he feels better now they have some chocolate nests to live in… that he will soon eat. Poor birdies, now back to the sofa. 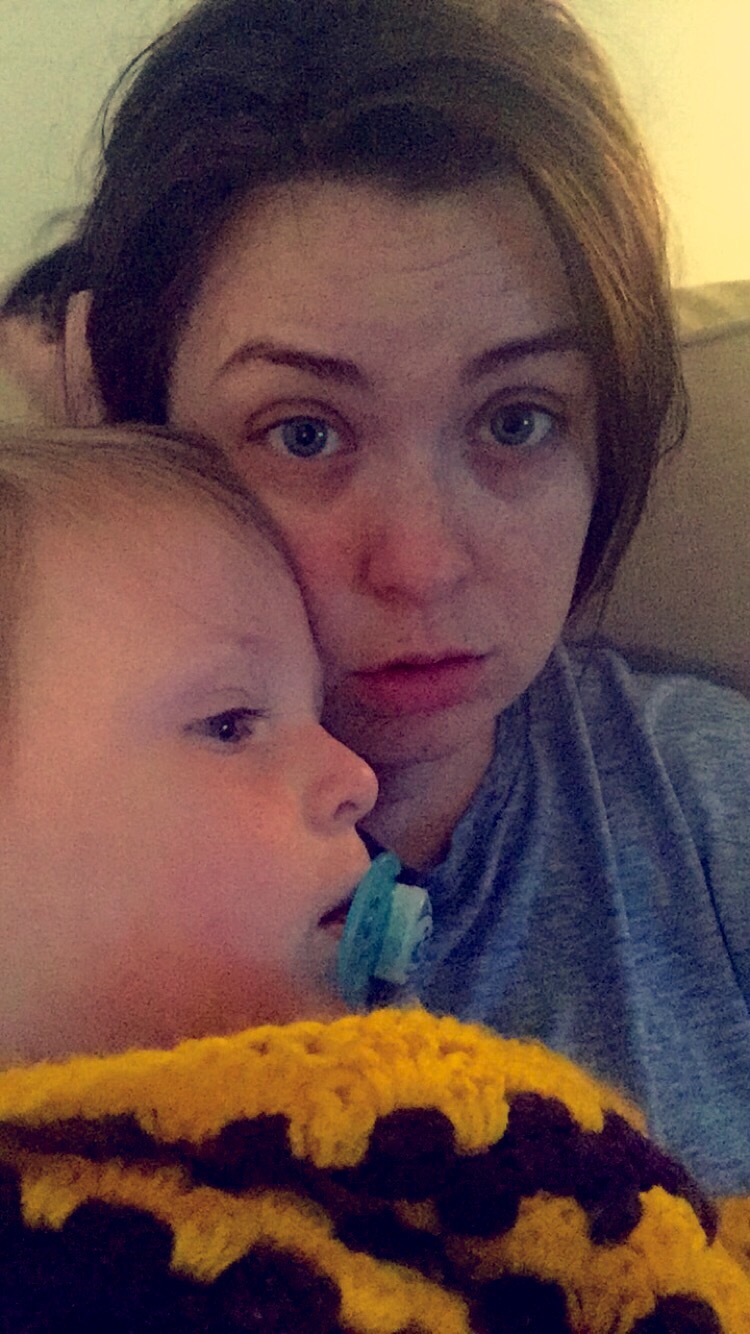