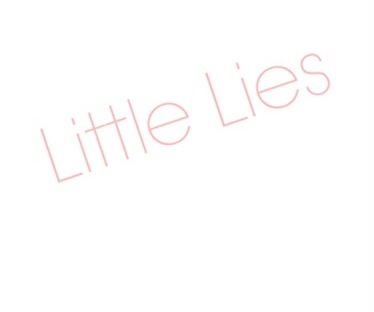 I’m always telling Theo not to tell lies, to my knowledge he has never lied to me (either he’s REALLY good at it or he hasn’t figured out how yet). Mr M and I were discussing what to do if he ever tells a lie, we’re planning on going down the ‘we’ll be crosser at the fact you lied that what you did’ route and hoping that the thing he’s done ISN’T worse than the lie!

I stopped to think… what about the lies that I tell him on almost a daily basis?!
Here is a selection –

‘If you don’t finish this smoothie you won’t grow’ – slight exaggeration there from me.

‘If you won’t have your hair cut I’ll have to wash it every day’ – he hates having his hair washed so this is kind of a threat AND a lie.

‘If you don’t go to sleep there is no nursery for you tomorrow’ – clearly he’s going, nursery is expensive!

‘If you don’t hold my hand someone could steal you away’ – This I actually believe and it scares me to death!

I lie to him all the flipping time!

I do feel however that there’s a difference in lies and in ‘stories’. I grew up in a house of the tooth fairy, the Easter Bunny and of course Santa. We were REALLY into Santa. I already do this with Theo as well as ‘Elf on the shelf’ although our Elf is just for the laugh and it not a Santa spy. My dad told me growing up that a haggis was a little creature who lived in Scotland and had one set of legs longer than the other for running around the side of the mountains… I believed this until I was about 13! My Grandad was also a great ‘story’ teller. Fairies on mountain walks, buried treasure in the garden.. It all made for a magical childhood and even though these were ‘lies’ I wouldn’t change it.

So I started to think about the times that I lie to Theo, is it to make things better, tell a ‘story’? Or is it to make my own life easier, to get him to do what I want him to do? On these occasions, how I could change my wording, save the lies for the ‘stories’ and tell the ‘truth’ in the day to day? I tried things like –

‘It would make mummy happy if you…’

The results were exactly the same as when I told a lie. At the end of the day, I am asking him to do these things for his safety, comfort, happiness and they are all in his best interests. I have no idea why I was fibbing away when the truth worked just the same. Now I feel like he’s not only doing what I ask but for the right reasons too and I can save the lies for the good stuff – like the hole outside my parents that was caused when the star fell down and Granda and I had to shoot it back up with a catapult.